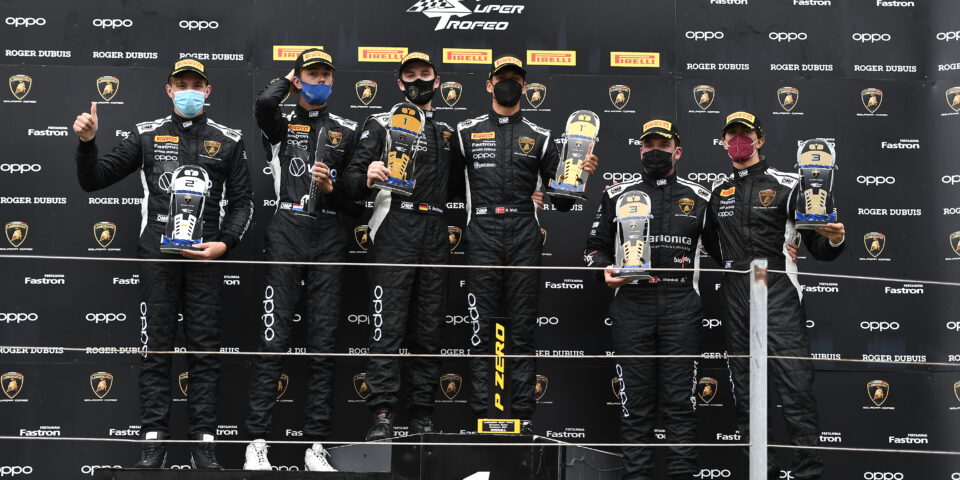 Balthasar and Watt take first win of the season at Zandvoort

At the front, Cecotto established a lead of just over a second from Watt, who in turn had a comfortable margin ahead of Pulcini. Watt stayed very much in touch with the Novamarine GSM Racing Team Huracán of Cecotto and clawed back much of the advantage to the leader, just before the safety car was deployed after Pijl went off at the high-speed Schievlak corner, getting beached.

Cecotto maintained his lead upon the restart as Watt slipped into the clutches of Pulcini just as the mandatory driver-change pit-stop window opened. As expected, the leading runners stayed out for as long as possible in order to maximise their pace, but the GSM Racing team instructed Cecotto to stay out one lap longer than Watt, Pulcini and Teekens in an attempt to eke out yet more of a margin.

After the pitstops were done, the lead battle, therefore, become a straight fight between Balthasar – who had taken over from Watt – Pulcini’s team-mate Kevin Gilardoni and Maxime Oosten, who swapped with Milan Teekens. Oosten, who finished second behind Johan Kraan Motorsport team-mate Max Weering at Monza, was on a mission and perfected a superb divebomb overtake down the inside of Gilardoni under braking for Tarzan to grab third place, which became second after Cecotto’s team-mate Kevin Rossel served the drivethrough penalty for the #7 car.
Oosten produced a valiant effort to challenge Balthasar for the lead on the final lap, as the leading group battled through the backmarkers, but Balthasar was largely in control and came home to win by just over half a second.

Race winner Sebastian Balthasar (#2 Leipert Motorsport) said: “[a] brilliant [race] for us. Noah prepared me really well and I had a good chance to attack for the win after the safety car and we were able to go for the win. Handling the tyres was very difficult, we wanted more from qualifying but the race was great and that’s exactly what we were looking for.”

Team-mate Noah Watt commented:“I’m very happy, it was a good result for us. Sebastian pulled off a really good move after the safety car [for second] which I am really happy about. I did my best to manage the tyres in the beginning and not overdrive it, and I think I did quite a good job with. Well done to the whole team, we worked a lot on the set-up last night so this win is for them.”